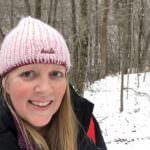 He grabs my arm,
“He pushed the other boy first!  I saw him.  Will he get in trouble?”
I gaze at the fight, two teen boys grappling
over a snatched and guzzled Gatorade
on a day when summer heat creates fools.
He yanks my arm again,
I look at his 6-year-old face
assure of fairness, awaiting affirmation.
Maybe, I tell him…

Today in Massachussettes, a woman charged with manslaughter.
At seventeen, her texts urged a boy to climb back in the truck and
breathe deep the carbon monoxide.
Her verdict?  Guilty.
Her punishment?  Possibly twenty years.

While in Minnesota, an officer charged with manslaughter.
He fired seven bullets
into a compliant cafeteria worker,
a routine traffic stop turned nightmare
for the fiancee and child in the car.
Verdict for the cop?  An acquittal.

2 thoughts on "Lessons in Justice"