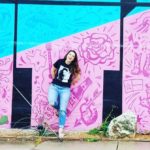 A Cat Named for a Teddy Bear

He was a scrawny, electrified-looking
creature, a raggedy baby with blue eyes
and a tiger’s shadow in his fur.
I named him Snuggles, after the laundry
detergent teddy bear, because they were
the same color. Nothing about him
in this memory speaks to cuteness, no
brain sketch draws him as adorable
or cuddly or wanting. And yet,
he was mine as soon as I saw him, meaning
and tumbling in the bathtub of some
woman’s house with the others. My mom
let me choose, and I picked him. I think
on the ride home he disappeared
in the car, playing with the brother
that my sister got to adopt. Snuggles wasn’t
a lap cat; he wasn’t a lover or a fighter;
he wasn’t the sweetest of the lot;
he didn’t come immediately but neither
did he leave. He let me hold him (a while),
name him, and keep him. I never deserved better.

One thought on "A Cat Named for a Teddy Bear"