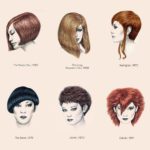 Desperate for an icon in pre-post-War Depression,
America fell in love with the singing cowboy–
alone on the plain, yodeling to his herd–
so much that Hollywood stepped in.

One of my favorite country-western tunes
was written by Cole Porter (of all people),
covered by everyone, including pop Bing Crosby:
“Don’t Fence Me In,”* early agitprop pop country.

(If I could make a political statement, I would–
American Exceptionalism and erasing native folks
to simple prairie threats were part of what
they’re selling: a good-natured empire, vigilante fantasy.)

*I recommend the Roy Rogers version but Bing’s has the Andrew’s Susters, a plus.