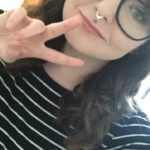 Charge your Laser! The Government is Poisoning the Water.

He stands amid the busiest intersection in town.
Strings of salt and pepper hair wave in the wind.
He disrupts traffic.
One step forward,
two steps back.
Every movement makes people sweat as they zoom past.
The police are called.
He is dropped off after a few laps around town.

On the way he stops by Blue’s gas station to get a pizza.
Holds it at his side. Like one would carry a book.
Cheese slides off of the crust onto the top of the box.

A couple of hours pass and his clunky boots stomp up to our door.
Anxious knocks fill our ears.
He sits in military position on the loveseat and never sleeps.
His eyes are locked. Staring straight ahead.
Occasionally he will sloppily roll a cigarette and go out to the porch to smoke.

His cough could keep the heaviest sleeper awake.
His fingertips are black because he smokes them until they sting, and he never washes his hands.
Residue and stench is soaked into the furniture that he sits on.

Prepare.
He is caught up on the latest news, the Government is poisoning the water.
Your mom is contaminating the food. —
That’s why your thighs are big.
Scientists put a toxic liquid from volcanoes in side of Coca-Cola. —
That’s why your eyes are green.
Santa Claus is charging a laser and pointing it at us this Christmas.
The cats are building a device to contact the Starship. —
He glares at them.
You stole from him. —
You criminal!
No,
sorry,
you gave him twenty dollars.
Thanks.

You need to prepare.

2 thoughts on "Charge your Laser! The Government is Poisoning the Water."