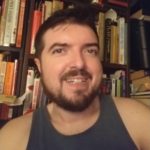 Each Feather, the Ghost of a Wing

One feather does not give flight
but the memory of flight clings to it
holding on, keeping the scent of it
like smoke in the cloth of a favorite sweater

The texture of clouds
holds the feather together
ephemeral moments of wing flap
the rush of wind, the defiance of gravity’s firm law

7 thoughts on "Each Feather, the Ghost of a Wing"