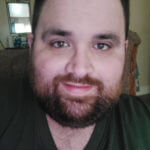 Ever since the monoculture died,

the world is too much with us, late and soon.

Wordsworth has been on my mind, and loss,
and the nature of nostalgia, and the deer
torso shaped like a heart on the interstate median.

At work, we joke that since the monoculture died–
we’re all feeling so separate and together now
like Wolstoncraft Shelley’s monster, trying
to articulate. One guy said, If I could fight
everything around me, I would. This is the moment
of realization after a lifetime of passivity.

My grandma once told a story about a pig
that laid its head down on a stump, as if to say,
now’s time for the ax. This is another lie.
But it illustrated my point so well. You can see it–
like the cartoon Wilbur
from the Rankin-Bass ‘Charlotte’s Web,’ some pig
laying his head on the stump like his death
was a noble thing. And sure maybe
that sausage kept the orphans fed all winter,
but more likely it was bound in foil
and packed into some rich man’s Frigidaire.

4 thoughts on "Ever since the monoculture died,"