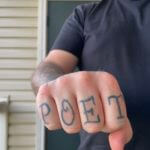 Screaming “Witch!” is a colonial American term for gaslighting.

False confessions are admissible in court.

Unicorns exist only in the minds of little girls who enjoy being heretics.

Nine out of ten politicians believe rape is a spectator sport.

The jabberwocky was Alice’s fentanyl dealer.

The Kraken was cancelled for inappropriate touching.

Florida is afraid its students might be able to mathematically prove slavery happened.

The lost city of Atlantis isn’t lost, they just said “fuck this.”

One thought on "Fantasy or Reality?"