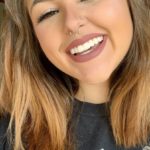 What’s the word for being both completely restless and exhausted at the same time?
When you repeat yourself like a broken record only for someone to stamp a big red label on your forehead that says “feminist” so that everyone knows to disregard your pleas of “stop raping us!”?
Why must the phrase “me too” carry feminism like a war flag?
Why must I carry myself as a war flag?
I don’t want to be a war flag!
No one says “Mommy, when I grow up, I want to fight a constant war with the world around me to prove that my body is mine.”.
No one says “Mommy, I want to be a war flag”.
I want to be a dancer
an author
a poet
a doctor.
I want to be a person that lives in a world of people.
Right now, we are simply dandelions rooted in fields of elephants.
Right now, we are being taught to accept the fact that being crushed is inevitable instead of learning that our seeds are the way out.
We don’t want to be known as the 1 in 5
the 1 in 3
the 51.1%
the 8 in 10.
We are not statistics.
We are daughters
sisters
mothers
wives
friends.
Not that our relationship to the world matters but that’s what we have to say so that we matter.
We want to be people that are allowed to say “I’m not okay.”
“I’m scared”
“I’m hurting”
“He did this.”
without having the flaming coals of society forced down our throats by
“You’re lying”
“He would never”
“Boys will be boys.”
“Well, what were you wearing?”.