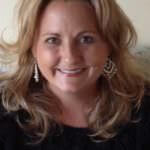 What I did as a kid in the summer: played kick ball in the cul-de-sac; rode my bicycle through the neighborhood; read Judy Blume and Norma Klein novels; played Barbie dolls; ate corn on the cob; created Gilligan Island huts by the creek; wore halter tops and cut-off denim shorts; listened to the Beatles; ran barefoot; swam in pools until the tips of my hair were green; jumped off ropes into lakes; played four-square; drove to Sea World in the back of a station wagon; watched Love Boat and Fantasy Island; ran through the woods by the creek; ate fried cheese smothered in marinara at the county fair; read biographies of Van Gogh; practiced with the marching band; crushed on boys at Camp Fitch; played Ghost in the Graveyard, Statues and Kick the Can; rode roller coasters at Cedar Point; celebrated Fourth of July on the Village Green watching parades; decorated my bicycle with crepe paper and rode the parade; caught lightning bugs in pickle jars with holes punched into the lid; shared Tiger Beat and Teen magazines with my friends; doused malt vinegar on French fries; waterskied; held vigil in my room next to the radio to catch my favorite songs to make mixed tapes; picked blackberries in my Omi’s backyard; drank 7-Up from the bottle with those red rubber stoppers with my cousins; rode row boats at my aunt’s summer cottage pond; ate hot dogs from the grill with extra ketchup; watched re-runs of Bewitched; learned to make stir-fry in a wok with my best friend; rented bicycles on Put-in-Bay; made pictures of clouds while lying on my back on the lawn; painted a rainbow on my bedroom wall.

2 thoughts on "for Kelly Norman Ellis"