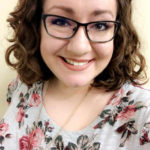 Here’s To The Nevers

Never would have guessed, before you came along,
that I’m a little bit Peter Pan and a lot bit Wendy,
living a little lost, shocked as the years have flown;
how could I have known Barrie said it all?

Took some mornings spent dancing in the kitchen with you,
mixing up some pecan pancakes to Haley Reinhart,
before my eyes began to focus on what is in front of me—
it’s not so different than the self I left behind, years ago:
eighteen years old, reveling in the sunshine.
It took your hand woven with mine to finally remember
that I’m more than a mental illness or three,
so much more like the hints God whispers at dawn.

Never would have thought I’d be here almost a decade later,
still up at 3:32am writing these poems as the house sleeps.
Took me this long to dust off the brain-shelves
and remember that this is what fuels my soul’s flame.

We aren’t so different, you and I—and I can honestly say
I’ve never felt as compelled to shout about it.
You’ve got me rediscovering me, using the pages as a map.

Never could have imagined a quirky conversation
about the intricacies of our curly hair would lead to now,
but I’m not able to imagine a now without you—

so here’s to the nevers that compile the nows.

2 thoughts on "Here’s To The Nevers"