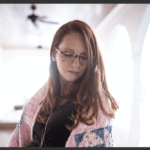 How long does it take to die

Yesterday’s nurse asked him how he lost the last two fingers on his right hand
His eyes give a faint glimmer of another life
Only 13 but doing man’s work
The sickle bar of a tractor, he says smiling
But it didn’t hurt

That’s just how things work sometimes
He says, when I question his memory
He is sure it didn’t hurt

I’ve never known him to have teeth
but he did have a preserved grouse
Rusted toolboxes filled with things he no longer needs
Moth eaten books on framing roofs
I wonder how many roofs his hands built
Yet none in his own name
I’ll box the tools and clean out his tiny, rented home

Now he needs a new body
a different life that might’ve been kinder
Maybe he would’ve taken better care
not smoked so many Marlboros
But then again, 81 years is awhile

A butterfly tattooed on his left arm
Purple and blue maybe, faded
I never asked why

They called us back to get the final plans in order
A pyre would be ideal a slim canoe, burning bright against grey-green waters
but such things aren’t done today
We will call the number from the billboard
sign the agreement and pay the bill
They will arrive in a shiny black car and drive him to a great metal pyre

I will walk slowly as we carry his ashes
turning them over in my smooth hands
Letting the wind scatter them on the pond he so loved
Feed me to the fish, he said

3 thoughts on "How long does it take to die"