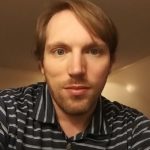 I See a Photograph of a Destroyed War Monument

The Information Age
seems to be a misnomer.
Certainly its other monikers
of Computer and Digital Age
are much more accurate to the time
yet there seems to be none we have celebrated
quite like the more aptly named than realized
New Media Age.

History already seems
like a really tricky thing to record
but never have we had the power
to completely rewrite it like now
to such devastating ends.
Who needs Bible verses
ripped right out of their context
when you can just mislabel a years-old picture?

I thought it was curious
that of the six stone slabs photographed
commemorating war veterans,
two had not been toppled over like dominoes.
The tagline screamed at the protesters
and movements supposedly carried way too far,
however, I just had to wonder,
why stop at only the four?

Some light digging told me that
at the same time, some unlucky trees
had also suffered a similar fate
and a nearby house had lost its roof.
Clearly, these were not acts of vandalism
from protesters with destruction agendas
but rather the naturally nefarious workings
of a mighty 2018 wind storm.

But just like that
the simple tragedy of four out of six monuments
was weaponized by one
and fueled by many
to attack what’s gone misunderstood
and ignored for far too long
because the breaking point in the issue
disturbs the peace they’ve fooled themselves into believing.

It’s all part of the New Media
of bandwagons and misinformation parades
where many hurl hate at what they don’t like
then run to hide in their digital corners
with their people of identical emotional charge.
No questions asked or critical thinking required
because someone already did it all for them.
The proof of this is right there in the picture.