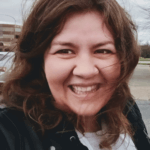 It started out fine, you know, the way days do, with the potential to be perfectly and beautifully ordinary and not too hot because of the storm but then I got a phone call. You know how I feel about phone calls. Some unknown number reaching toward me with its Gollum arms – as if I am a mind reader, as if I can possibly know if I want to talk to them, or what they will want, or whether I can provide it, or whether I would if I could in the first place. So I had to worry about that for awhile, then I had to go out and get the spray paint when I saw the pansies my friends gave me.
I answer the phone when they call because I know either they won’t want anything or if they do I will do my best to respond to it, that’s how I know they’re friends. Anyway I’ve had theses pansies for three months now – they keep walking right up to the brink of death or rather I keep leading them there but they never quite jump and I never quite push them. Each time I notice them just before it’s too late, each time I water them and hope against hope that they’ll respond to the water and so far each time they have, but how long can it last? I guess we’ll see.
Then I went upstairs and organized the kid’s room which was such an ordeal I seem to have blocked it out but I’m probably not finished, we’ll see about that too. Then I went back outside because I remembered I have to spray paint this planter – we’re getting a cat. And that’s a problem for me because of the litter situation or at least I think it will be so I’m putting the litter in a box disguised as a planter but the planter is ugly so I’m painting it white and if I don’t do it soon it won’t have time to air out before the cat has to use the bathroom and I wonder sometimes if I don’t just make more trouble for myself than anyone else ever could make for me.