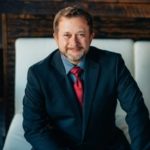 Concerned, as I am, with constellations and bodies,
and aligned with my recent obsession with forward motion,
I  googled

the opposite of retrograde–
tripped, stumbled, collapsed face first
on a post on a board where someone discussed
a discussion of the opposite of retromingent,
(which is not a word, I’m quite certain, but
they said, postulating, was the act of urinating
backwards).  But what is the opposite
they queried, because, clearly,
urinating
in a right and proper direction
was of their utmost and imperative
concern.
Discussion followed,
as such things follow, online, never once questioning
why on earth, or any other planet (though the question
of comparable gravities might, I assume, lift another
concern (and the molecules, at that, of any liquid, let alone
a body’s golden secretion)) a person might need
to use such a word in polite (or any other) conversation,
but necessity is, after all, the mother of excretion, be it
science or language
or stupidity.

Some replies began to trickle, others pooled,
experts in their fields (again, I am sure, because: Internet)

til the joint cerebral spatters seemed, more or less, to accrete
near or within the prefixes pro- vs. anterio- and

I feel it incumbent to say:  Anteriomingent does, in fact,
deposit a finer taste on the tongue, as it were, but

I decided to close my eyes,
walk out and away,
make a hasty exit