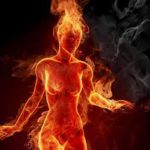 Old men,
with scars on their fingertips
backs bent
fingers knotted
like an old tree growing up around power lines-
but they won’t admit it hurts.

Old men,
who won’t carry glasses,
but won’t have the menu read to them.
I see one right now;
wearing his spouse’s blue-flowered-rhinestone-studded frames
and hiding behind a menu from a waiter
who could’ve been him some years ago

Old man,
when I ask for a story he looks down at his hands
and talks about how he played on train tracks
and set a tire ablaze before rolling it down first street.
I see the childish glee return to his face,
then a wince at the irresponsibility,
then remorse cloud his eyes
as if he still wishes he were young
(and stupid)
enough to roll a flaming tire into traffic.