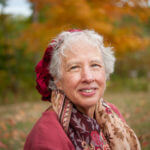 On the island where I’m from

On the island where I’m from, the poets are the most important people and, of course, everybody is a poet. The poets all wear red and because everyone is a poet, everybody wears red. It is a beautiful island where the people sway like red lilies, or short red poppies, or medium-sized red beebalm in the slight breeze that comes from the ocean that is a little red itself, due to the coral beneath the surface. And twice every day, at sunrise and sunset the sky is red and orange and some purple, too, and the poets come out to sing their poems, the world echoing with their red song.

I wrote this prose poem today alongside middle school students, inspired by poems by Nin Andrews in her book, Why God is a Woman, all begnning with the phrase, “On the island where I come from….” An example of hers:
http://www.versedaily.org/2015/ontheislandwhere.shtml

6 thoughts on "On the island where I’m from"