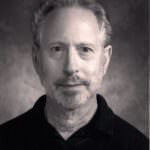 She came to the door to walk me to the bus stop
We were in first grade
My mom didn’t understand why a girl would make a special trip to our house for that reason
But there was a very good reason
The girl and I were engaged
We hadn’t set a date yet, but we were sure about this.

Fast forward to Summer
My fiancee and I were sitting on her front porch
I announced that I was going to my house to get the half-popsicle I had saved in the freezer and eat it
Explanation:  Most kids in the neighborhood were allowed to buy the double popsicles from the popsicle man every day
Not me
I could get a popsicle every OTHER day
I had to break it in half and save the other half in the freezer for the following day
My future bride thought it was rude to eat my half-popsicle in front of her without offering her any
I tried to explain that it was only half, so I couldn’t split it any further
She didn’t accept that explanation
I ate the popsicle
Thus ended our engagement
What a shame
If we could have resolved that issue, it would have been a valuable lesson to teach our children.

3 thoughts on "Over a Popsicle"