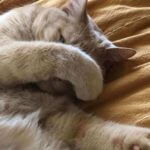 Put your finger down

if you can’t resist that tiny drip of dopamine you expect but don’t get from poking at a hornet’s nest because those devils said mean things once, or something you misinterpreted (which is practically the same), and somehow seem more important in the moment then that gorgeous little creature sucking her thumb, wide eyes occasionally blinking at the creepy Oz sequel where Dorothy gets electroshock and chases through a Cronenberg-esque nightmare fit for a Souls game, or even more important than that beautiful ginger goddess, with your cat on her lap, occasionally looking wistfully at you for sacrificing your lap for you phone arguments, and who made a delicious culinary masterpiece with a dessert she swears “You DEFINITELY won’t like” with that lilt to her voice implying she’s joking.
If you desperately want to stop yourself but can’t and ask for help but it’s not enough and feel ashamed it’s not enough so you stop asking only to spiral and finally admit, like you should’ve in the first place, that you’ve got a problem beyond pharmaceuticals (because yours works but not as well as you’d like), only to realize you’re loved and wanted by the people who actually matter to you in the first place,
put another finger down.

2 thoughts on "Put your finger down"