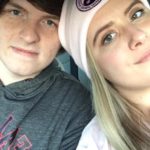 Rising Above Your Raising

Mama always said,
“Don’t rise above your raising”
But how can she blame me for rising above Her teachings?

The worlds ever-changing.
The people who refused to get moving, they are stuck in an old way of thinking.

That outdated mindset will poison the minds of their children.

And those children will grow sheltered by the belief’s of a generation that refused to acknowledge their projected destruction.

They see no fault in their ways,
“I was raised this way”, they will say, the excuses of the ignorant spewing into the streets.
A toxic waste that was meant to be left but still remains the beast that raises its ugly head. It’s glittering teeth stained with the blood of the ones who thought they would never have to fight this fight again.

Growing away from the soil you were sown in isn’t as hard as you may think.

And rising above your raising shouldn’t bring bring you shame.

But remaining the same, well, it should.

One thought on "Rising Above Your Raising"