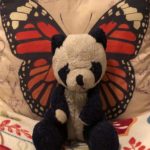 So You Think You’re Hilarious: Where Everybody Knows Your Game

Alice is sick of Wonderland,
her shirt spells eat me.

Barbara does not want you to introduce yourself
as Ken even if that’s your name.

The truth is Charles is never in charge and he knows it,
and Daniel’s never seen the king of beasts up close
but he calls that room the library thank you very much.

Eileen will not come on with you and confesses
she doesn’t give a fiddle about what you think
of her in this dress.

Freddy doesn’t have a fun time
playing with cliche on the daily,
and George will not tell which way
they went and in addition is not your boy,

Helen doesn’t mind so much about having an inciting beauty,
but she’s not mad about you–you just met.

From across the bar Irene is already tellin you
good night (good night) but Jack will hit the road
whenever they damn well want, an Irish goodbye perhaps,
out the back.

Kate will not kiss you
unless you are intensely interesting and
make her laugh. And there’s Louie. Louie, whoa, no
he doesn’t have to go anywhere either. Good song though.

If the wind’s whispering to you Mary says please
see a psychiatrist or wait til the psychadelics dissapate.
In addition her sexual resume is none of your business,
but she will pray for you.

Nicholas is no saint, let me tell you, but if
you say it that way he might chuckle. And
put your name on a list.

Ophelia refuses to drive herself to the local brothel
anytime soon. Just joking, she might because
there’s no one here named Ophelia,

but there’s Oliver, buying another round. He will only twist
if there’s money or nudity involved. Peter’s big
on bluntness and just wants to lay it all on the table:
he is done with the dick jokes.

Queenie is not your little bee but she
just might sting if you don’t (you know) buzz off,

Rachel would be so very happy if you’d refrain from singing
the theme song to her tonight even if you’re the Rembrandts.
Even if she loves you.

The thing with Steve is yeah, he’s everybody’s guy, you can
count on Steve, Steve always comes through,
but sometimes he just doesn’t want to, man.

Thomas doubts there’s original thought in many heads,
but will listen to a lot if you buy him a shot.
He often makes blasphemous jokes about nails.

The poor unfortunate souls who go so far as to call Ursula
a sea witch lose all chance at input,

her partner Veronica says “Yes, of course Betty’s my bestie
and we’ll absolutely meet y’all for malts
when we live down the block from each other on freaking Mars.”

Willis doesn’t know what you’re talking about. Seriously.
He’s Generation Zoom and you are a hilarious weirdo of GenX.

Heads up, your ex is here. You knew that’d happen eventually,
concentrate your stamina on stoicism and keep sippin that bourbon.

Also, you know Your Mom’s coming through later, right?
Gotta say she’s very popular still though some say overused,
but I say you can’t kick a classic out of bed.

Yeah, it’s Zeus. Here this whole time.
By last call you really should know your attempt to make a pun in god’s name
will fall well short of Olympic trials, so instead
choose your ambrosia. Choose lightning in a bottle.

5 thoughts on "So You Think You’re Hilarious: Where Everybody Knows Your Game"