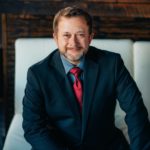 Which is louder?  The presence or absence
of sound, of music, of susurrating vibration,
piece against piece seeking balance?

the rites and the rituals, once sabbaths,
the haints and the haunts of affection.
Which was louder? Your presence or absence

on winter nights, fireplace reenactments
where one tiny insect (an abjection)
was piece without peace and imbalance—

whether wing or appendage, so scabrous,
the tremoring of the body was abstraction…
what is louder? My absence or that presence?

those sheets and that mattress misalliance
of memories meandering dereliction;
part against part, the imbalance:

What you were, what I was, became claxons—
a deafening drought of inflection
which is louder and present in absence
of peace–broken pieces with no balance.