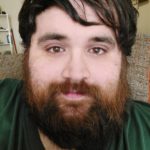 Talked About The Reno Again And

He’d said, “Reagan is still in office
and it’s time we live a little.”

She sometimes sounded a little sensitive
about turning the son’s old room into a den.

He said they’d talked about a new start–
let him live his life and us ours.

She said okay. He called the contractor.
Weeks later, after vacation, they returned.

The house smelled like new construction
when they unlocked the front door.

“I’m going to check it out,” he said, already
picturing the big screen TV.

She thought about the romance
novel she had left in the passenger door.

The fluorescent lights blinked on white-bright.
They scanned their space and liked it.

It felt clean and new, she said. Left to unpack.
By god, he said. He didn’t see their son there at all.

8 thoughts on "Talked About The Reno Again And"