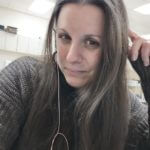 The City of Holly

“Cities, like dreams, are made of desires and fears, even if the thread of their discourse is secret, their rules are absurd, their perspectives deceitful, and everything conceals something else.”
― Italo Calvino, Invisible Cities

The city of Holly once stood at the edge of the earth. Her backdrop, a peacock colored sky whose eyes shifted behind clouds and with the wind.

Everyday at sunrise a new structure emerged from her rich soil.
Radiant gardens bloomed with bold, exotic flowers; they served as the city’s center.
Her people dressed in technicolor clothing and carried bright parasols.
Those who visited the city of Holly arrived as they were, and reportedly, somehow altered after experiencing her.
Their spirits lifted. Their hearts filled.
They were forever fastened to those who called her home.

A favorite pastime for Holly’s inhabitants was to line up at the diving board at the city’s west end and watch the sunset.
When the bright orange bulb turned to gold along the horizon, the people danced joyfully and dove into the ocean. Sea creatures large and small would playfully chase the people as they swam to the shore.

Only, nobody ever made it past the breakers.

The waves rolled towards the sand and engulfed all who tried to reach the shoreline.
The last creature would halt at an invisible wall, and the people were suddenly siphoned through a makeshift tube. The suction sent them spiraling, twisting, tumbling, until they plummeted  from the starry sky, and hit the peach colored sand with a great “Thud!” Onlookers unfamiliar with Holly’s magick couldn’t believe such things.

“My senses are deceiving me,” one passerby uttered on an evening stroll along the boardwalk.
“No,” a little girl replied.
The onlooker, stunned by the child’s definitive tone, wondered, “How do you know? You’re merely a child.”
Hearing his inner monologue, the little girl grew six inches right before his eyes, and haughtily replied, “You simply don’t believe it because it has not yet happened to you.”
The onlooker blinked, and after sticking out her tongue, the girl, giggling with delight, was suddenly small again, and peddled away on her tricycle.

The last group of divers splashed into the water, disrupting the sparkling pattern, sending it soaring through the air. They screamed with delight when they reached safety– in line at the beginning of those never-ending sunsets.

Life continued like this, until one day, the peacock feathers began to fade. Their luster dulled, and every so often, a color disappeared from the sky.
The changes, slow at first, transformed the once bright and inviting sky to its current dark, monochrome grey.

Mostly, the people ignored these changes.
They couldn’t stop shouting with glee,
falling into the ocean and emerging in the nighttime sky.
Distraction was  their way of life.

Over time, the crowds diminished, and along with them, so did their technicolored clothing and bright parasols, too.
The dancing ceased.
The diving board sat empty along the horizon, scarcely bouncing in the occasional breeze, only to greet its lonely reflection on the water’s flat surface.

The unoccupied buildings crumble against a lifeless sky littered with shredded black clouds. The once vibrant gardens now lie lifeless, replaced with heavy concrete barriers. The city’s center is now a pile of rubble.
A ragged vulture teaming with flies perches itself on an ancient statue of someone long forgotten to the passage of time.
The scavenger, now the city’s most recognizable feature,
picks at Holly’s bones, and savors the last bits of her delicate rotting flesh.

The day for Holly’s revival looms long in the distance.
The roads that once led to her have disappeared.
The earth swallowed them whole, and replaced them with fields of wildflowers and  weeds. Those who observe her from afar can summon her vivid memories,
bringing her to life in an endless stream of subconscious existences.