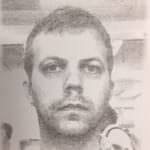 Two boys engage in violent scientific debate
on the front lawn of Beck Middle School
to determine whether frost or snow
covered the frozen Bermuda grass.

The side for snow won
when he busted the other kid’s lip
and left him sprawled on his ass and crying.

I mean, it was clearly frost,
but none of us watching would argue
against such convincing research methods.

3 thoughts on "The Scientific Method"