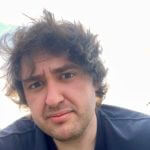 I always thought it odd
that the wages of sin should be death:
that bad would pay a wage at all
or one would be rewarded for doing
something well with such a punishment.
It was only recently I looked up the phrase,
after the point at which I had become educated–-
“stipendia enim peccati mors gratia”
and it occurred to me that, while true
it could be payment or a stipend, it might
as equally be a tribute, impost or tax.
What, then, changes? Does the direction
of the flow of money matter at all? And
exactly who is the employer here, or
who says this is correct amount of tax
to be collected? Has anyone called OSHA?
Don’t we now have Fair Labor Relations Act?
What of all those who died impeccably—what
justice is that? But I stopped all this questioning
and laughed at the simple thought that
the wages of sin could as readily be
a sin tax.

One thought on "those pesky Romans"