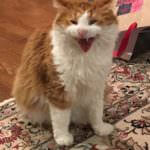 He was about ten years old, the kid with a crewcut,
when he got a shovel from the shed
and dug out a shallow hole in the dirt
to bury two handfuls of marbles,
just some of the aggies not the shooters,
to keep his little brother from swiping them.

At least, this is the story I imagined
after exhuming these shiny swirling balls
in my backyard.
I gouged into the soil to build a garden plot.
My eyes squinted when the first scoop revealed
more than worms and roots.
I smiled when I realized how many I found.
Sorting them on the patio table, I wondered
Does the kid remember (It had to be a kid, right?)
squirreling away his treasure?
Or did he forget it all when his father
announced a week later they’d be moving
for a new job in another city?

That’s how I resolve the story
of how these bits of glass came to be fragments
of a moment covered in earth and years,
and to be unearthed to delight and wonder.

4 thoughts on "Treasure Lost and Found"