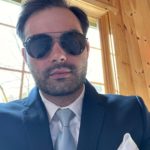 walk with me through an art gallery

(Poem Titled: i felt a breeze in the undergrowth, JSTPOETRY)

Weary of measurements being taken in her head
she opted for cheery hues of alternatives instead,
they led,
to superlative views that spread

her dreams were read,
in emblems of purple, gold, and red
whenever she felt sad about what was said
she circled back to the colors and looked ahead

(Poem Titled: A PAINTING THAT ENGULFS ME, JSTPOETRY)

Alter my sense of space,
place a Rothko in front of my face

an experience I whimsically chase
on a canvas I willingly embrace

I had thought of eight hundred and ninety four perspectives
but I wondered with esprit if there were possibly more
the objectiveness and constancy of my shifts,
I couldn’t freely ignore
there were only four (people)
but the neon lighting illuminated their worlds with galore,
in their shoes myself I poured
I curiously explored
and despite degrees of variances they all felt similar at their core

A depression had me gloom,
from the loss I presume
an exhaust would resume,
until I saw you bloom

(A Sunday Afternoon on the Island of La Grande Latte, Georges Seurat, 1886)

I observed the people as I sat,
on a Sunday at La Grande Latte
I was too tired to chat
but I wanted people to know where I was at

There were confusing components about the day,
a few clear moments littered in rays,
would I go or would I stay, was I slowly fleeting away
I looked back with the hesitation of a gaze
in a duration that sticks with me always
as I assessed in all the ways
feeling like the girl with the pearl earring if I rephrase

7 thoughts on "walk with me through an art gallery"