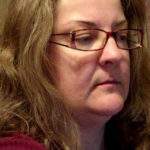 We named him Noah

3 thoughts on "We named him Noah"