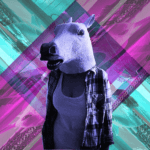 When I got back from Puerto Rico

When I got back from Puerto Rico I had roaches. This was a first for me despite growing up grossly poor and variously inhabitated. When young I prayed an infestation away and thought it worked. Now financially better I know prayer only works if you can’t do anything else and I can do something which is bug spray if I want to invest in poison so the linguistic lesson here is maybe it’s a luck thing or maybe if you can’t do anything nothing happens and if you can do something about it you should in which case can’t = nothing and can = something which is how it is in all things I’ve noticed. Like how I could have gotten stand-by for my plane ticket to get home earlier if I had paid for a special ticket insurance when I had originally gotten my ticket which means I had to have had more money before now when I have no money. But now is here. And poor Greg can’t process this and they won’t let him out of security to smoke a cigarette but I was actually looking forward to spending 12 hours in a airport because why go back early to a place where I have to remember I have no job and there’s no ocean.

4 thoughts on "When I got back from Puerto Rico"