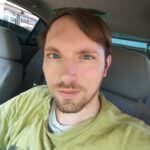 Your Destiny Is Calling

The heart of another
given away to a third
will never be a heart
given to me.

I know this because I have been there.
Trapped in the gravity of a star
that happened to smile at you once
and leaves impressions on you

through solar flares thrown out
as arms in that long awaited embrace,
or maybe it captures you in it’s corona
when another body tries to eclipse it.

Those are never around long enough,
but the star remains a constant,
a forever wish drifting unfulfilled
tying you to its existence.

Except stars make difficult companions.
They blind you and burn you
and if you do happen to get close,
your hopeful fire might not match the heat’s reality.

Therein lies the tragedy of the distant star.
You can’t have it, but you can’t escape it
so all that’s left is flying into it
in case you really do find a way to burn brighter.

So run to him, complete the dream of him
for the realization of one of two endings;
an eternity blazing in the nighttime sky
or the closure of an exploding star.