at 41 years of age
a wisdom tooth erupts
which is a bit strange,
since a wisdomectomy
took all four of the O.G. ones
at least seven years ago

i was high as uncle frank’s pants
that day, my friends.
hepped-up on goofballs—
mostly opiates and paid-time-off—
i took photos of the holes,
let dark blood drip down my face,
scaring the passengers nearby

my wife laughed, but with that
“hoo boy” look on her face
that i know and love
i put a similar face on
when i looked at them later,
sans buzzerino

anyway, a wisdom tooth?
now?
if this is a sign of some kind
don’t You think it’s too on-the-nose.
er, chin?

urges
that’s how things get done
in this house,
waiting for Lucretius’ swerve
to alter the nature of things,
and so, sitting, something
moves me to the kitchen
to eat my planned leftovers
which means going hunting in our fridge
that leads to frustration
with tupperware, moldy green beans,
a soggy salad, turnips with twigs,
so much wasted extra
that my mother can’t part with
that my father can’t be bothered with
that I just can’t with
anymore

and so I pull, separating rancid remainders
from the rest
knowing I have to get it out of the house
before my mother gets home

but sure enough she arrives
in my head
can’t put those moldy strawberries in
the trash you have to put them in the bucket for
the creek, maybe we can salvage those tomatoes
and that bag of peppers, we made that dish just last
Monday so its still good, that potato salad only has a little
spot of mold, that buttermilk from January can be used for something
right?

these are voices I live with, knowing if I don’t make them
now, I’ll hear them later
I hear the door open, my dad in from mowing
and seeing how deep I’ve dug into our cool past he knows
we have work to do

and the fat sizzles

sentences from books I like in no particular order

Her hair was catching fire from each passing streetlamp; I had to pull myself away from the flames.

When you’re six, most of your Bingo balls are still floating around in the draw tank.

My chest thumps like a dryer with shoes in it.

The Constitution is awesome, but still overrated; it’s like Pet Sounds.

Our only kiss was like an accident—a beautiful gasoline rainbow.

my mother caught us trying to circumcise my little brother Shem with a sharp rock.

After Dad left, she just folded up into herself like an origami bird thrown into a fire.

All persons, living and dead, are purely coincidental. 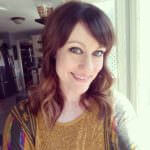 As soon as the crow lit beside me
in the parking lot I knew
there would be bad news. Next your photo fell
from its home on the wall. For weeks I held
my breath. At last the call. 7 hours later
I am knee deep in our shared history,
trying on your mountain childhood
like a borrowed dress.
I want to ask you once more
about the sapphire ring you gave me,
but my courage fails us both.
I go through old photos. I hold
the porcelain geisha statue
I gave you 25 Christmases ago.
Like you she’s smaller
in my hand now.
I know if I’m not careful,
if I let go,
she’ll break. 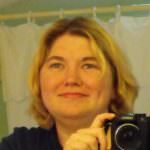 We lived in the trailer park
before I started elementary school.
We were at the very back
where the creek wove through.
At the entrance was a store
with an attached arcade.
The man that owned the store
often gave me a metal clicker
that sounded like crickets
when it’s parts were squeezed together.
Looking back as an older child,
I thought it was cool
and meant I was special.
Looking back now as an adult,
I realize it was a bribe
to keep a secret. 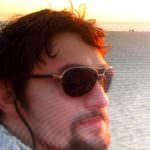 So you wanna be in a relationship, huh?
But we live like 750 miles apart.
The “long distance” thing is new to me.
Me too, but it ain’t no thing but a thing
and besides, I’m tired of always hearing,
“You need to try new things.”
You’ve been to see me twice already and that
knocked me head over heels! Now I’ve gotta catch
up, I’m getting a van soon.
Alright, we’ll try it.

Ode to his hammers.

He sat with hammers in his hands
And the dulcimer resting on his lap
Then he’d let those hammers loosely land
On the strings their heads did tap
A praise began to issue forth
In notes that chimed all tinny clear
As he offered up all he was worth
His adoration, and love, and fear
Trembling fingers can convey no sound
Like the song that lilted from his heart
Yet the witness left from them abounds
Professing the seed that was its start
He was a gardener that sowed the earth
And a fisher that caught more than fish
He left his hope to walk along the surf
But also man’s own fervent wish
A whirlwind to fuel his chariot of fire
A place to forever call his home
No hurt or pain or selfishness to mire
Just Love with us on gold’n streets to roam 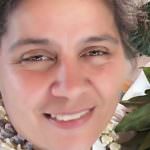 The call came in
from campers on the beach,
from watchkeepers
in the wind above earth,
the word of encroaching spiritual darkness
trying to steal her mana. Again.
But, she’s not for sale today, or tomorrow,
while warriors of the Aina are about.

He heard the Tutus, the old ones, ancestors
whispering in his ears,
“Come down to the ocean. We need your help.”
And he came. They came;
Descendants, Defendants Of Mama Ka`u
leaving breakfast behind on the kitchen table
to a place they had been a thousand times before
answering her call.

A place where they had cradled in tidal pools as babies,
learned to fish with fathers and father’s fathers,
filled empty stomachs from the fruits of the aina,
engorged with joy from the life of her breasts,
from the salt, from the soil, from the sea,
building campfires in moonlight,
songs and feasts celebrating hardship, and plenty, and love,
her children curled in her arms,
in the shadows of ancient heiau built by the hands of those who came before,
her generations of children rocked to sleep in black sand
and cool stones smoothed by centuries of ocean rhythm,
and by the sound of the `ili`ilihanau being born in the clatter and
crashing of receding tides.

This place is honored by respect and kuleana,
A place of prayer and sacrifice, and fierce gods,
The last to stand against colonization;
A place of story-telling, of myth, of legends,
A place of honu,
and children.

When the protectors of the land arrived at this place,
they waited for the thief who dared steal Ka`u by daylight,
his arrogance jackhammering an offering of sickness and disease,
an offal of greed crushing stones of sacredness.
But her children were ready,
Their feet planted in his path of destruction.
No bulldozers on this sacred shore they said,
In this place, “One sacrilege is a sacrilege too many.”
Never will you take our mother.
Never will she be your whore.

“But, I don’t understand. It is for fun, and locals will get free rides.”

Wow. What conceit. What monetary western capitalistic privilege.
What ignorance. What outrage.
Our mother’s birthing canals shall not be disrespected.
Her uterus shall not be dishonored.
No.
Not now.
Not ever.
Prayer Warriors. Land Warriors. Earth Warriors,
Mama Ka`u is calling you to protect your Home.

*For Demetrius Oliveira, Sophia Hanoa, and all warriors on the front line.
Keep Ka`u Ka`u. 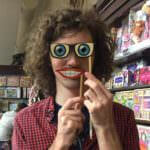 Making It Up Is So Natural

Nothing is more rewarding
Than a fully realized, long-term friendship
One so full of idiosyncarcies and
Contradictions
For once, I feel like a wine expert
Capable of tasting every tannin, every note
Each region the grapes come from

I’ve gone from smoking cigarettes
Under the cover of darkness
To sneaking you up the balcony and
Into my bed
To driving myself away
Literally and figurtively
In haste, when I couldn’t face to look you
In the eye
To driving by your upstairs window
At the stop light
Hoping to share a goofy exchange
All the the way to now
In some ways closer than ever