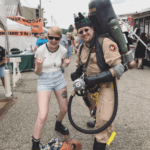 i used to be a

writer now i can’t even 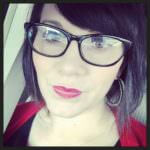 i would tell you, i love you
more than words could ever express
love that spans generations to come
love that i only hope i can pass along one day
to my grandchildren
and i would ask you to sing to us

i would look into your sad eyes
as we would have to say goodbye again
knowing you remain strong
as i break, from the rememberance of losing you

i would draw in deep-
your last breath — “dry up those tears dream boat” —
your words, the strength i would need to carry you on
when i can’t find me

“in the pines, in the pines
where the sun never shines
and you shiver when the cold wind blows..”

The Man Who Wore Our Home

The bicep of the man was covered by black ink
contorted into the markings of my mother’s home.
The spirals of our ancestors,
Our lineage,
Printed and bolded on his forearm
caused me to stare

Tinā
Our tatau is on that man
Lale

Distance and Time have exiled my mother.
She stays glued to pictures to smell the saltwater.
Relies on Facebook to feel the sand.

You can only handle checking “other” so many times
without seeing another in real life
before you wonder if you’re the only other out here.

So when we saw this man,
who wears Our history,
Our souls,
Our family on his body
Our hearts wanted to find our identity within his tendons
But our minds had to ask questions.

Where could he have gotten it?
Texas
Where was the artist from?
North Carolina
Does he know what it means?
No. It was just a cool pattern.
Your tattoo is polynesian?
Sorry, What did you say?

My mum and I walk away
Feeling just as alien as before
And just a little bit offended. 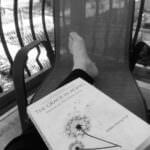 at the edge
of life

in a world that
seethes with life

one old enough
to embrace ongoing

songs of the
blackbird

LETTERS TO THE DEAD: FOURTEEN

LETTERS TO THE DEAD: FOURTEEN

6/14/2018
Dear Kevin, (1952 – 1993)
I never know to whom I’m going to write until I
sit down at the computer and begin. So far (except for
#4: To the Victims of the Parkland Shooting) everyone I’ve
addressed has been a man. I don’t think this will remain
so for the duration, but I have no idea how this project
will unfold.
This gender unbalance is because it’s been the men
amoung my family & friends that have been doing the passing
away, not including mom (or Penny as you, the gay son, took
the privledge of calling her) who at a sprightly 94, didn’t die
but ascended into heaven.
When you were born the balance of power in our house
was definitely tilted toward the boys, 4 to 1. When our older
sister, Missy, heard that you were a boy, she threw the phone
across the room; it was her tenth birthday and she was expecting
a little baby sister.  But it soon became evident that the score
was not what it seemed to be; by the time you were five we had
added two more girls to the mix and you were busy in Missy’s
bedroom closet trying on her dresses and her budding teenage
makeup, then you’d make a grand entrance down the steps into our
Victorian living room whenever we had company.  We started
saying that the Lallys had 3 boys, 3 girls and Kevin.
Kevin, do you remember Sister Mary George from fifth grade?
She played basketball with the boys everyday and had suspicions
about your manhood. She came to our house one day and told
mom & dad that there was something wrong with you and they’d
better fix it.  They told her that, like the flying nun, she should
take a flying leap. But not to disparage S.M.G. too much,  your
own brothers were far worse. One of our sisters recently
told me that you told her that we had once held your head in
the toilet and flushed it, screaming: “Grow up.” “Stop acting like
a girl.” “Don’t be a sissy.”   I have scant memory of this, but with
Manic Mike leading the way, I’m sure I was capable of such
family facism.  Since I was four years older than you, I can’t
plead innocent, so belatedly I ask forgiveness.
Since Mike died in 2015 our family score is now girls ahead
3 to 1. Our sisters are kindly tolerant of such an old curmudgeon
as myself, but I sure miss you guys, even all the craziness that
mom used to call “knock-down and drag-out.”  I don’t know what
gene caused all four boys to try poetry but it sure has been
revealatory going through all these old writings. So Kevin, I’ll
end with your words from the pages of a Bay Area Anthology
of poems written by HIV positive people. Mom tore them out
and saved them in that Metaphors(tm) shoe box.  Ha. Ha.

Till next time,
Jim

Look, look at death.
Touch it, let it touch you,
it is the door to your heart.
Accept, accept death.
Do not fight it, do not pretend that
it is not there.

Practice, practice death.
Every day, like the piano
like your dance lessons
Know, know death.
Know it in all your life
in all your grasping
in all your letting go
Open, open to death
like the tree with the soil
with the rain
with the sun.

I became widowed
from my own body
stuck in a monotonous cycle
of wanting to be reborn.

bleaching everything
in hopes to start over.

Bleaching
my eyes
in hopes to forget his face.
my hands
that only scratched in vain
my lips
that were too frail to scream
my sky
so I can live in another reality.

To be clean again.

personal growth.
self-care.
I haven’t grown since the 8th grade.
I realize now that I am too short to be famous.
I’ve learned that I should milk heartbreak for money and attention.

Amazon.com/publishing please publish my chapbook
and delete all the negative reviews. 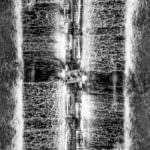 Aesthetics shiver,
a breeze in Moscow winter
drifts toward Paris

A drop of honey
makes the sentiment fluid
upon pale canvas 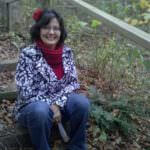 and request that all pages containing the words

be deleted from cookbooks and recipes

that feature broccoli.  Regardless of Bush,

following on the heels of doubt.  And when 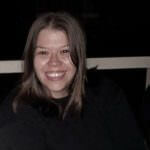 leap from their nest

high in a tree

for the first time

when they are one day old.

then watches
from the ground

and calls to them.

fall through the air—

as ineffective as flippers.

The birds bounce
against the forest floor

and wait for the others.

Then the little flock

follows its mother
to the water.

At the park for field day

I watch my son’s class

coming down the sidewalk

as she walks backward

Her hand is raised

and her fingers are waving

but I can’t hear

Cars settle to a stop

so the kids can cross

and make their way
to Woodland Park

where they join me

and the rest
of the waiting mothers.