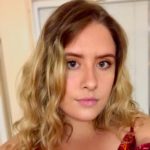 White lightning flashes in the sky and my glass as the old man pours out his Bell Jar best.
The air is thick, heavy with summertime heat. The dog days have came and it seems as if they will never leave.
I sip my drink, it does nothing to fight off the heat.
I sigh, wiping the evening sweat from my face.
“A storms brewing.” I say, another flash washing the sky.
The old man just shakes his head,
“No rain tonight.”
I dont even have to ask why, I know he will tell me.
“Heat Lighting” he finishes, watching in silence as the sky lights up again. 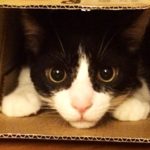 Slick with sweat
from the day’s events,
eyes waiver across black ink,
empty promises.
Words are nonsense,
conflict
not understood.

Emotionally overloaded
from someone else’s
troubles.

I paraphrase this something existential

a churning in my gut or
something such. life hath giveth
and fruits bear in front of me.
now at the end of my quest
I lay my head
Venecia Proctor
Category
Poem
1

Rare Are the Moments When the World is Quiet

Rare are the moments
When the world is quiet.

Is anything happening
Beyond your four walls?
If anything were
Would it truly matter?

And your brother
Whose heart hides so deep inside
It takes you a moment to find
his goodness. His sweet high pitched voice
that matches those of the birds and
his ability to pick up any instrument
and make it sing

And your father
Your father with his deep chocolate skin
that shines without the sun.
The man who changes with the decade
and dedicates his life to living

They are out in this world
And they matter. 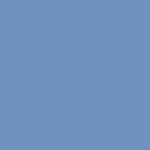 if i were a snake, the curl of me would uncoil, outdo cruelty,
viper strike vapidity,
swallow up sedition
behind a spider morph mask.

There’s No Such Thing as Toxic Masculinity 2 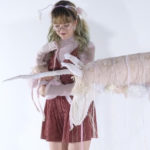 When you act as your dream spouse
You suspect they are no beautiful mind
–
just someone who refills the ice tray.
–
I don’t enjoy this poem.
–
Maybe dream spouse wouldn’t either

At the shelter where the homeless people live there’s a big shock- proof window, dirty as shit inside and out. In a steel frame. It’s in the hallway where the guys claim a mat to sleep on within an hour after supper, and after sweet dreams get their asses kicked out of the building at the break of day. That’s called lockout. That’s called “rise and shine.” The thick paint around this window and frame combo makes it look like it’s puttied and caulked into the cinder blocks around it. But it’s not. it’s just that a pretty poor workman did the job of painting.

The window looks out on a wire fence around the shelter, and a field of grass beyond, toward memory. Trees and huge tree weeds give the place  shade and make it a pleasant scene as I pick my teeth in the hall inside, and think about the woman I love and the EPO her mother made her get against me.

Sometimes I see a woodchuck moving around in the field near the fence outside the window.

You dumbass southern crackers call him a groundhog. Makes sense since he’s not a hog and a hog doesn’t live in a hole in the ground.  Oh, and good luck outrunning your little sister for a quick date when you go home to visit, before they throw you out again and you end up back here at the shelter. I suppose you country boys call her your “girlfriend” and think you love each other.

This woodchuck isn’t real big but he isn’t real small either. I try to move  discreetly when I peek outside to see if he’s there, most every late afternoon around 5:30. I sometimes wonder how he’d do mixing it up with the cats who live in clans around the shelter. I worry about him a little.

I’m talking about yesterday now. Not wishes, brags or speculation. At 5:30 I looked outside and thought it was the woodchuck. The right color, but it was a cat out in the field. Licking his asshole out. Nonchalant. Getting ready for a night with the ladies. And then I saw him, nosin’ around the fence. The woodchuck. Pokin’ around as if he’s walking his property line or the king of England. Not 30 yards away from that worthless cat.

So now I know the answer to life’s riddle. A tomcat twice as big and thinking he’s the badass of the county won’t throw down for shit on a woodchuck minding his own business. And that’s a fact.

I’m not sure anything else that this life has to say to me really matters.

Now don’t let me get started on the cops….