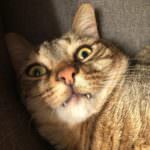 a Kentucky poem, as it happens

Silas House is in the ball room, reading song lyrics and quotations about growing up poor in Kentucky, about how you shouldn’t let anyone tell you that you aren’t good enough.

In the park, a rental company is setting up tables. One of the workers finds a squirrel having a seizure.

As I write this, Silas House says “Stories matter. We don’t have to be writing about a big issue, like mountain top removal. We can be writing about a woman breaking beans on her porch. And that is an act of activism […] of giving the voiceless a voice.”

The receptionist runs out and wraps the squirrel in a canvas bag and places him in an empty box of copier paper and drives to Animal Control. They will put him down.

I Google “cure for squirrel seizures” and got a link to The Squirrel Board. Someone says it could be low blood sugar. I text the receptionist and say that she might be able to save the squirrel by dissolving table sugar in water and using a Q-tip to rub it on his gums.

Someone asks Silas House if writers need to be political and House says that, in some ways, everything is about politics. He says that it doesn’t have to be about a particular political party, but about improving the world. “I’m thinking about how can I make the world a better place with this piece of writing.”

8 thoughts on "a Kentucky poem, as it happens"