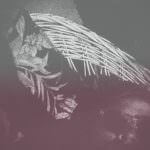 A Prayer for the Untamed

For my lion who shot back, from your invisible man. And for my baby bird, here is that story about the song.

I was in the creek
I needed to bless myself with holy water
And small waterfalls are
A kiss from you in the form
Of time and force
I crossed myself, feet like ice
Shivering

The song kept you there with me
I thought it was him that it was bringing back
Love that made me ache
But it was the memory of his body
The expression of you
Found through his body’s singing
For he does know you, too

But he did not want his body to sing to me
If I was a bearfighter, a fallseeker, a still growing shoot
Splitting skin with such fervent
Lack of shame and tact

I was in the field
Incense of silkweed and resin
Lying on my back
I thought that I would stay for seven shooting stars
But people had seen a coyote and
The last one took so long I almost gave up
The fireflies put on their show, gentle and constant
Growing nearer to me the longer I stayed
They blinked from my arm, my leg, my hair
I was as part of the field as the grass or the goldenrod
And just when I thought I couldn’t wait anymore
The seventh star came

5 thoughts on "A Prayer for the Untamed"