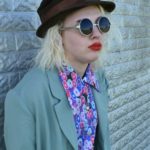 A Prayer From the Headlines

“Pastor reaches for desperate measures, calling slaves a ‘blessing’”
May he rot in hell
Some apologies will never be valid
After what has been said or done

Honestly, the years don’t matter, do they?
Because this hasn’t stopped
During the previous 400

Black woman gets shot at home in bed by the cops,
They tell her mother she’s at the hospital
She’s not
She’s dead in her apartment
Where her mother finds her
But somehow the report is blank

Confederate flags fly and people refuse to own up to ignorance
So we can be sure that they are, indeed, racists“
Blue lives matter” flags go up outside of brick houses
In fancy subdivisions
So occupants can just be clear with everyone who drives by
That they do, indeed, support police brutality

Local mayor stumbles out of the pub
On our way back to the car
From Black Lives Matter march
Old privileged white man who calls himself a Democrat
Where were you?

But this isn’t over,
Despite what your social media feeds may lead you to believe,
This isn’t over
And if you have a voice,
For the love of any gods you believe in,