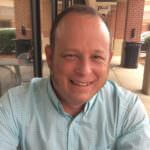 Excerpts from a conversation that may or may not have happened between Cosmo of the Las Vegas 51s and Rowdy the Rumble Pony of the Binghamton Rumble Ponies upon Cosmo’s return from promotion while Mr. Met served a suspension.

Now that you’re back from Citi field
with bites of The Apple in your teeth
you run the warning track with some extra steam
you chuck hot dogs like a Big Red Machine.

Tell me did you take a picture with all the boys
chase deGrom with Plawecki’s toy
dance along the bleacher wall?
When Cespedes hit a rocket did it fall?
Does Kershaw really kick that high,
is The Dark Knight really a bad guy?
I know you’ve been to space and all
but this is Major League Baseball.

What happens in Vegas stays in Vegas
but that’s not how it is in New York.
So tell me, did Albert Belle use a cork
did you get your name in the Daily News
did Papelbon’s choke leave a bruise
or Utley try to break your leg?
Do Red Sox players really have a keg?

I know pride comes before a fall
so be glad your head is not a swollen baseball
you might trip in a race against the Freeze
especially with Bratwurst in the lead.
Are Votto’s hands cold as ice
is Terry Francona really all that nice?
Did you throw hot dogs at Cano?
Rowdy the Rumble Pony wants to know, Cosmo
the Giants jerseys are all faded
that Yankee Stadium is overrated.

We all want to be in the show
at least you had the chance to go.
You have the dust of Shea in your antennae eye
and you’ve been stuffed with a walk-off pie
you saw the apple rise over Queens
that’s good for an alien with modest means;
said a prayer for Gooden in Pignatano’s Garden
cursed Bud Selig as our worst warden
and blamed Beltran for a return to Vegas
but it’s Mr. Mets’ finger paid us.
Even though you touched Syndergaard’s hair
we’re still looking for ourselves out there.

One thought on "Drops of Flushing"