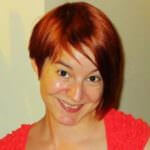 For J. in Idaho

For J. in Idaho

i wanted to tell my lifestory. i would write it on a rock, for surely
it would fit, snug between the mosses growing. a higher glyphic
like found on mountaintops by unwitting prophets.
a guidebook to the damned; them who gave a great damn
all the time, against their own best instincts,
given over, nonetheless, to being true,
forthright, and yet ill-equipped as well
as daring as all wherewithal.

peacock feather buried at sea, shucked oysters down the mouths of government leaders. it was going to be some story. but i was cooking in restaurants. i was visiting the dr’s. i was playing yahtzee
with other yahtzee players. i was buying longjohns forlong winters and short skirts for even shorter summers. i grew old with my prince charming, and before i knew what to think i thot differently.

i knew i had succeeded at so many things.
i wiped the mirror with a damp towel. i shut the front door.
i polished the tea kettle and blew out its whistle when i went to bed nights, and daytimes, days like green embroidery on a pink clothesline grew mosses, like the rock had grown when id wanted
to back-when write me.

it started with a rubix cube. an onion unraveled. the real puzzle was how id got on at all but for love. at that point i set out to write love, but this didn’t happen, exactly. i wrote with love. i wrote to people that i loved. i wrote lovely things about people i loved. i loved people and i kept writing. but i have not written love.

i have met people who love. i would much love writing my lifestory.
i wld write it with a penny scratched on cardboard chits, thrown into
the rubbish on the way out, having not won this time. i wld write it with three xes going down the middle, and draw a line through the x-es, pass the paper, wait for my opponent to draw a new board.
i wld write it with a long line drawn perpendicular to a much shorter line one letter at a time building a stickman. i wld always have
different opponents, and they all wld love and each of them would want to read my story.