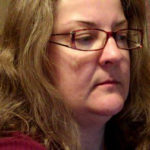 Geography – Map the locations of the Red River War engagements used to drive the men, women, and children of the Comanche, Kiowa, Southern Cheyenne, and Arapaho to their breaking point

History – Write accurate biography of Geronimo, Satanta, or a Buffalo Soldier buried near them