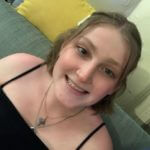 it must be impossible to write about this place

for some reason I turn right instead of left.
I drive down that endless road,
the road that leads to home,
not even noticing that I should have turned left
until I’m almost there.
might as well.

this home no longer belongs to me.
I know this
and I have driven past it before knowing this,
but something about this time is different.
there are flowers on the mailbox,
big SUVs in the driveway,
An American Flag.
an old man rakes leaves
in the street in front of his house
and for a moment I’m sure it’s Alan.
the last thing you want to do is get caught in a conversation with Alan,
a never-ending, only somewhat comprehensible conversation
with that well-meaning old man,
but I swear I would have pulled my car right over.
I think he would have been excited to see me.
but, of course,
it wasn’t him;
Alan was pretty old when I lived there
so he probably —
well, anyway.

I refuse to drive any further,
past the houses of old friends,
down the streets we used to walk.
as I leave,
I see my that grandparents have painted their house
baby blue.
how strangely insignificant
for me to feel so much about.

the roads are newer
and the traffic is slower.
over the bridge
where he lives
two rights and an unprotected left turn away.
past the parking lot I walked to and from
rain or shine
to make quiet mistakes for a mean man
while the kind one
apologized to me on his behalf.
the winding roads
leading to my first kisses.
the forgotten paths that used to take me
home.

driving down these roads feels like
playing an old video game again.
you remember the characters
but forget most of the stories.
it takes you a minute to remember where you’re going,
but you remember.

today I met up with an old friend
and we had the most human conversation we’ve probably ever had.
I mourned the friendship we could have had
had I felt human all those years.

some part of me is woven into these streets,
I just wish I could remember what it was.
I wish I had experienced my life here
so that I could feel the pain of leaving it behind.

instead I feel tired.