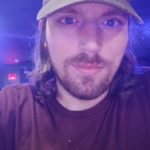 Moderna Served Me Up Like a Baseball on a Tee

Was it stupid to spend a few hours outside?
I don’t really know how vaccines work
but after a rough night and a delirious morning
I felt okay enough to catch my nephew’s tee-ball game.
The unexpectedly scorching sun
was definitely going to burn my skin
and I wonder if I was drinking enough water,
except I don’t think that’s what ultimately got me.

The cold front swung in like an aluminum bat
ushering in a blessed wind
that drew collective sighs from the crowd.
Dark clouds threatened to postpone the game
until they fortunately squeezed by,
save for the little hook on the end
bringing a downpour on us all
like God almost forgot to water the baseball fields.

Was a cold rain, too, and it came fast.
We initially tried to ride it out but in seconds
we were running for shelter under bleachers and trees.
I was drenched and shivering but having a blast
being reminded of my days fighting rain on the field.
Unfortunately for me, the harsh temperature drop
jarred an immune system already stressed
with trying to figure out this mystery substance I just had dumped in.

My fever spiked faster than the temperature dropped
and once more I could not get comfortable at home
amidst groans and body aches
in between long periods of fatigued slumber.
The evening was worse than the morning,
but I still laughingly texted my buddy,
you know how it was hot today, then it wasn’t. Well…
I think he was more concerned than I was.

Make no mistake, last night was awful
and I’m not looking forward to that second dose.
In about four weeks, don’t expect
to see or hear from me for a couple of days.
I’ll be in my PJs with plenty of fluids, ready to ride out
a miserable time made bearable by
the knowledge that I, like many of you
have endured this same sacrifice for the good of society.

And then I think back
over the previous year,
the masks and social distancing,
video calls and NTI schooling.
It was a trying time for us all, no doubt,
but we were sacrificing together,
to eventually bring us back to some sense of normalcy.
Has that not all been worth the fight?