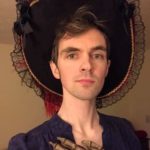 My Friends Sitting at the Table Next to Mine

The man closest to me is full of conundrums
“Do I need an intervention if I’m addicted to interventions?”

If asked, I would muster the best answer I could
“I think it loses its power once you’re taking enjoyment from it.”

They’re always so hard on themselves too
Just last week, the woman appeared to be lost

“I love watching kids do things. They have no shame
and I have so, so much shame.”

If asked, I would remind her that kids have it easy
“If you had grownups waiting on you 24/7 you wouldn’t have any either.”

“I’m afraid no one really knows me and they have no interest in trying to.”
He tells me to buck up or he’ll do what he does best

“An intervention can’t happen if no one is there to intervene.”
She says that I can’t accept the love I don’t think I deserve

“Sometimes the advice you need to hear most
is the kind you would give to others freely.”