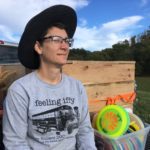 Niobe cried for her murdered children–
sons and daughters she adored shot down
with arrows from jealous and vengeful gods.
Her grief turned her to weeping stone.

Like David McAtee and Michael Brown,
Niobe’s children lay unburied for days,
unmoved because of autopsies and investigations,
prolonging the suffering of their families.

Black mothers’ children lay dead and defiled,
to punish them somehow for their pride,
an abuse meant to compound the suffering of families
like those of George Floyd, Trayvon Martin, and Tamir Rice.

Mothers and fathers feel pride in their children,
finding them beautiful and without equal.
So, too, Auhmad Arbery and Charleena Lyles
were black and promising and strong.

Beautiful and loved but judged unequal–
A Titan’s children pierced the hearts of Niobe’s with arrows,
slaying the many and promising and strong.
Niobe was transformed into a weeping mountain.

Arrows pierced the hearts of her children,
their blood caking the dust on the ground.
What other form could she take but a mountain
of stone rived over centuries by tears?

The blood of Tamir Rice and Addie Mae Collins cakes the dust from the ground
into rocks now clenched in fists and hurled back
with stones plucked from hearts, made from centuries of tears
wept for Emmit Till and Henry Smith and Mary Turner.

Raised fists and arms strengthen with each rock hurled back
at injustice and evil that murdered Amadou Diallo and
Walter Scott and Freddie Gray and Philando Castile.
Stones amassed into a mountain, made from centuries of tears

that Niobe first cried for her murdered children.

2 thoughts on "Pantoum for Niobe"