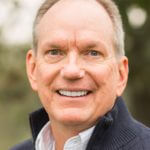 It didn’t seem wrong; we weren’t rebellious.
I really can’t say just what propelled us
To do the crazy stuff
We did at night.

We’d get in a car and drive around
Sometimes in the country, other times in town
And eventually we’d
Park the car just right.

It’d be facing forward, but the action was backward
At some enemy we had manufactured
Who had somehow slighted
One of us before.

My good friend Tilt would load a rocket
In a tube on the car, and with wires he’d cock it,
And we’d target us a
Car or a front door.

Then one of us would hold the button,
And we’d count down quiet then all of a sudden,
It was time to push it down
And yell out “fire.”

Now it wasn’t a bomb or a fiery explosion,
But those rockets sure ’nuff caused a commotion,
And we’d peel away
Before things went haywire.

I can’t say I’m proud of the things we did.
I can’t justify it as “we were kids,”
’Cause I know we scared those folks
Back in the past.

So it’s possible when I go to heaven
That the Lord above will count down from seven,
And an angel will shoot a rocket
Straight up my ass.