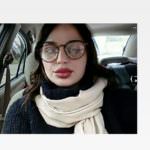 my sister called again last night
I’ve seen her once in eight years
she left eight years ago
at this point she has been
away from her kids
longer than she was with them
my sister called again last night
I don’t know why it doesn’t hurt,
why nothing has hurt in years ?
she’s always loved too much
the tattoo she put on herself
in the bathroom from shampoo,
ciggarette ash and a needle heated w a Bic
I can’t imagine loving any man that much,
not half that much.
He was going to show her the world,
but not with her kids
so far he has showed her a hick town in Texas
and the butt of his gun
Sis was like a rose bush
you tie to a post,
really she was like two rose bushes
you tie to one post to make it seem bigger
but her two sides, they never came together
She called again, and I can’t remember
the reason. I keep forgetting.
all the while I can’t let it go , either