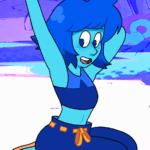 I don’t know why
But the nightmares are always worse in summer.

I’ve dreamed that by wife died
because my friends and I
made a deal with the devil.
I’m not married.
And what would I get out of that deal?

I’ve dreamed of jealousy
getting the better of me.
That I hated the girl who won their heart.
Though in waking reality I’m happy for them.
And never even met her.

I’ve dreamed of being trapped
in a store on halloween.
With Ezra Miller and some other guy.
That one was more weird than scary.
Why was I a child actor?

I’ve dreamed of barely missing love.
Of being the eternal third wheel
to people I don’t know when awake.
While Carnaval del Barrio from In the Heights
was playing in the background.

I’ve dreamed of friends dying
and being unable to save them.
CPR performed in vain.
Waking worries that a reckless driver
would take them away from me.

I wonder why
Nightmares are so much worse in the summer.