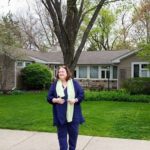 The Lost Frogs of Haiti

Because I read there is a chance
humans who cannot feel other’s anguish
can bond with small animals, I tell
him about the frogs. How after

my sister & I were ashamed of him.
Unforgiving, we retaliated by becoming
unbearable humanitarians. Unitarian.
Quaker. Woodstock dancers. When mother

was dying he was cruel to Ruby,
the caregiver, though she was the one
who guided us. Your Daddy don’t know
what he don’t know, she said of his offhand

biogtry. Today he hisses,
We should have nuked
Hanoi, & I am swept with sadness
watching him hand-load

bullets in his brown lit garage.
Hope Springs United Methodist wants
him to sponsor a little girl from Port-au-Prince,
but Daddy believes the quake was a sham,

a media conspiracy. I can only
return to the button-sized frogs
& on his steel workbench, slip
a magazine picture of the burrowing

orange frog with black eyes & an image
of Mozart because of the two notes
she sings at dawn & dusk. He switches
off the ammo loader, skims

the captions & murmurs,
When I was a boy I kept
a Spring Peeper in a Ball jar,
named him Clark Kent. I want

to believe we are healing,
as he reverts to the task
at hand & begins again to cap
the slick, shiny bullets.

2 thoughts on "The Lost Frogs of Haiti"