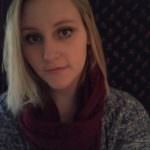 What a Head of Hair

You had holes in your lungs
like the annoying kind a straw
gets when you try to force it
from the wrapper too quickly.
More than one story could
whiste through them when you
woke up coughing in the middle
of the night.

You had blackened, missing teeth
from drugs perscribed and also not.
There was no telling with you. You talked
for years about dentures like the forty-four
year-old old man God made you become.

You had feet the size of hot air balloons.
I wondered if some days all your strength
pumped up inside them just you could stand.

You had spider veins, but not the way
old women do.  Your arms were the desert
in the middle of a drought, blue lines protruding
and climbing toward the sun.

You had quite the head of hair.
Not even chemo could get it’s hands
around the thick brown strands
that made women at bars ask if you were
Kenny Chesney, just so they could get your name.

All it took was some head and shoulders
to keep you from disappearing.  Even as you lay
in your coffin with veins touching the sky
and soft gums where teeth ought to be,
not a single piece feel out.

3 thoughts on "What a Head of Hair"