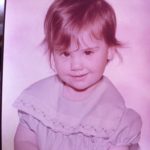 Conga critters at bedtime
Well, who do we have here?
Dino on a tricycle
Princess pulling tail
We have Garfield,
and fruit striped suit cat,
quail and cow are in the line
ponies on parade
Beastie and bestie
makes no difference here
step up in your pajamas
join this motley crew
from one end of the bedroom
dance along the queue.

You just want me to be Mr. Right
but deep down you know I’m wrong

how much longer can this go on

no longer force the heart to yeild in desperation,

but rather, gives way to the intimate longing of the soul-

to life, in abudance. 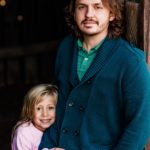 It’s a nickname. If I don’t count goober, it’s my first.

Given to me because I’m a teacher, but also because

I’m teacher who rides a skateboard, which I’ve come

to understand is rare. Or rare that I should ride one

better than it is expected that a teacher could or should.

Also because I’m old. Or older and therefore deserving

of some amount of respect, though not so much that

I’m included in the handshakes and head nods so much

like ritual and worship. Just accepted enough that I can

hear the tails of their boards smacking the ground when

I land a trick clean, all four wheels touching at the same

perfectly on the bolts. Balanced. Because I leave out

the scabbed elbows, the snapped bones, all the blood,

for a name given to me by a guy whose mother is sick.

He’s got bags under his eyes. He’s my age. A little older.

But better. Smoother. Faster. Think a bird of prey bombing

toward a soft creature. Hell yeah, Teach, he yells, when I

come off a ledge, catch a flip trick. I guess I’m trying to say

thank you. And I’m not so sure why that’s so hard to do.

Let Her Be a Child

She is yours
To Protect
Do so
With love 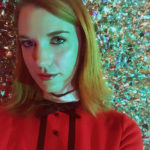 for life and all that goes with it

flaming pears
of wisdom
or was it pearls

sage insight
tiny piece of plastic
house?
bob?
we must have lost it in translation

kicklines are encouraged
but never required

you always have a helper
in this story
never alone

when do we adjust
to this tradition without your cadence?

your wife:
sharing words of hope and peace,
serving others,
telling your famous tale

it’s easy to hear:
the trumpeting in the distance
the smell of a sweet cake
you are never far

I’ll put on the coffee,
strong enough to chew

We will wait near the fire
for your signal;
a naval salute

to really go mad:
listen to the rhythm
and see rightly 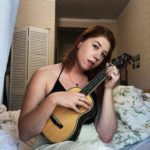 i look at myself in my round mirror
in my new round golden glasses
perched over my snake plant
those different boys watered while
i just watched. i saw other boys O.D
in the burrow of the patisserie
and i just watched.

i hope that is okay.

my first friends here all left
before winter came. so i bought
rope, wheat-colored, soft as butter, and tied
it around my calves and thighs
building pressure into blue
if no one could hold me
down, i would, i would.

nothing has ever felt mine
even the ferns that are so kind
even the tall buildings i hide
a western set in mist
give me southern, give me thunder, give me bliss 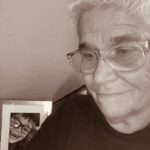 the break from
separateness

a long ache to
embrace 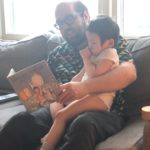 Training your Adopted Child to be Batman

I can strap you with a utility belt,
arm you with karate classes,
teach you 20 different chokeholds
(or, at least, find YouTube videos)
to protect you from the dangers
of monsters and
knife-wielding psychos
out there.

But I can’t protect you from
your genes,
the family history we don’t know,
the emotions that come from
being a teenager,
feeling like your parents don’t understand,
couldn’t ever understand,
and not having a tool on that belt
to protect you from all the barbs,
all the thorns and hidden shrapnel
that seek to rupture and slice you
from within.