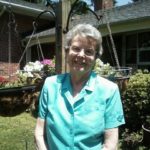 My lady-like grandmother of 90 years suddenly
mentioned her attendance at women’s wrestling shows:
Friday nights – the police were there to keep order-
she knew them by their stage names AND their real names;
they confided to her that it was all  showmanship.

No-one knew for sure if Peggy shot herself in the chest on purpose,
but she lived to tell the tale, and bought Avon from her, back in the day.

I have an unconventional relationship to mugs.
Teacups, bowls, plates, ashtrays but mostly coffee mugs.
I must explain.
They have a supernatural significance
Together with all the other pieces
Creating a collage of the day
A patch in the tapestry of my life
A theme, as to a poem.

Each mug has a name
I write epithets on their nature-
One day these mug reviews will be a coffee table compendium,
with a game built in of matching the review to the mug.

A deep real and mint vine
loaded with fuschia, magenta and pale pink Columbine flowers,
some buds resembling witches’ green clawed fingers for some reason
The deeper lagoon color fills the cup
The bottom reads “Made in Korea 1990”
The field which wraps the outside is white,
with two pink lines at top and bottom
Which creates a minimalist trellis
for the flowers to drape and tangle upon.

The precise combination of color, design and space
somehow attributing itself to my outfit
of this dark and rainy day in June-
a flannel nightgown, a flannel bathrobe
both patterned,
my feet settled into a bright coral shower shoe
made by the totes brand,
a name certainly found in heaps of 90s clothing,
usually as a peacock colored raincoat
…but I bought them new at the Kroger only a few weeks ago
so as to have a more summery experience.
The patterns today are
red black and creme plaid,
a fading pattern creating the illusion of different shades of red.
The bathrobe is like old 30s wallpaper,
light blue, green and red
flocking on a cream backdrop
with bright red popping on the collar and pocket.
The exploding paisley curlicues
bordered by pinstripes of baby breath.

I’m enveloped in soft flannels
My locally honeyed coffee
growing cold near the 4th cup
my feet are feeling the cold as well,
record temperatures for June 2nd, perhaps,
and a surprise after the summery interlude of the camping trip
of several past fortnights.

The coffee is named for Paul Bunyan’s Blue Ox
The half and half of today was a gamble,
a local dairy
-but Not my usual JD’s Creamery Cream
-nor Kroger’s Organic Half and Half
which would be my second usual.

The Co-op,
where I would normally buy honey and cream
closes an hour early since Covid Times,
an annoying fact
that caused me to cut off an angry motorist
as I swung my car onto Lisle Industrial
and headed instead to the Kroger beyond the cemetery.
Buying honey and cream is an important ritual to me,
and I was grumbling as I realized
I must settle for less than the best
(Which is a violation of my personal code)
but Kroger has tried to carry local these days,
When the trend has so thoroughly and finally
swept the country and landed here in the middle east.

i slept for four hours today

on a medication that doesn’t let me sleep

when the sun is out

and i slept while i waited

for a text back

and wondering if i would be fired for this

but the text said she had noticed my hard work lately

and these things happen

and yesterday i was supposed to visit home

to see relatives i haven’t seen in years

but i was so tired

so i sent my a dad text that said

and i asked my girlfriend if my family secretly hates me

and my dad said

because she was right and they don’t

i’m sitting here with my hazards on

waiting at the gate

for a friend to do me a favor

and i’m so tired of being tired

and asking for favors

and being unable to accept it when they come 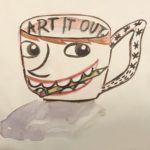 Who ever really likes anyone’s glasses?
Glasses are a falsehood
I brought the letter home in 2nd grade
Thrilled and proud
Mom was at the well out back
“Oh no” she said
I didn’t understand her disappointment
Until I got them
Tiny oval brown things
To slide down my nose in summer
Steaming up to make 4 eyes
In high school I announced my request
Contacts! May a pleeeeaaaaseee get
Contacts???
Oh, yes, the freedom!
To wear sunglasses tinted enough
To sneak looks at boys on the beach
But then a grain of sand elicits
The urge to pluck it out
Contact, eyeball and all
Sitting with friends on a nightclub rooftop
In my 20’s, tipsy
fed up with the crowd, loud music
and the pain in my eye
I pulled the offending disk
and flung it right in front of them
They were appalled
I can slee good enough with one
I slurred
It was true
Years go by paired with various frames
Metal, plastic, oval, round, square
Each making their claim
On my face
yet none seeming right
If only I had the guts of that acid
tripping hippie
Who tossed his pair aside
to not mess with his true reality
Blurred as it may be
Enamored with nature’s details
I succumb, head outside,
bifocals in hand
at the ready 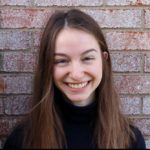 I admire the twinkle of laughter in your squinted eyes.
Your hands squeeze your ankles while you sit on the floor, copying my nervous behavior.
Your face is so close to mine.
Your fingers brush the back of my shirt.
I turn away quickly, my cheeks pink.
I’m not ready.
I desperately want a connection,
I want relief,
I want you –
so much that I can’t trust myself to indulge.
The most debilitating symptom of BPD
is being a hopeless romantic with chronic emptiness. 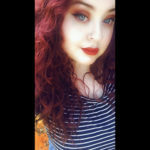 everyone tells me that I’m a

they marvel at my resiliency

the truth is, I think some people are born with

everyone tells me life is a gift

but gifts are too easy

I think god wants some people to

When headlines shout,
you look for the right words

A week late, USA Today notes below the fold, Mass grave with remains
of 215 children found at Indigenous school in Canada, an ‘unthinkable loss’

When headlines make you cry,
you separate emotion from fact

But this happened in Canada, British Columbia, not here,
not in the US – our hands aren’t bloodied by this one, breathe.

Relax. When headlines make you think too much, get lost
in the details, test to see if the definitions meet the criteria –

When the right word comes to you, look at all the options:
mass (noun) a piece or amount of no definite shape or size [a mass of clay]

mass (in physics) the amount of matter in a body / bodies, plural,
would be more appropriate for our example / the masses, working

people as a class, or the public generally / acceptable grouping
for indigenous communities sending their 215 children for education

Pray. Just pray. And pray again.
When the right word is an adjective

mass (adj) of a large number of persons or things / which applies here?
Sometimes the right word has multiple definitions that fit. 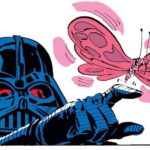 you are in the first days
of fourteen, and the only altar in your locker
is to anime
boys whose clothes you want to embody.

the boys you hang
around are altered facades,
and the girls
are “in the locker.”

(no middle schooler is out in 2005, are you crazy?
the only gays
are Sailors Neptune and Uranus,
slashed
out of existence,
out of courtship and
into cousinship.)

you aren’t sly enough
to realize you should take offense
when someone asks you about it,
not sharp enough to wear
a peachfuzz beard like the other
kids all laced together.

but what matters is the weights in your hearts
make magnetism,
make black holes,
silent and secret on the whole of the black sky,
unmarked, no constellation, just pull and radiation only each of you can bear.

that weight puts you all at the same lunch table

where you pull sandwiches from fog-aged Tupperware,
and no one has suggested in years that you and your best friend are in love
since that ire is now a spike leveled
at two boys you will regret not smiling at more,
one of whom will live less than ten more years.

(you’ll be excused for the funeral
and love
how your professor looks at you in pity when you say,
“former classmate”
because you’ll need that pity in your heart,
which was never big enough,
never black hole enough,
but you’ll go walking with Spring Awakening
in those days when there are more queers and more dead.)

compose the narrative off a sliding
scale, fixed in place like a rail
or beam. Place the ends twenty
inches apart and run the line
through the center. use fish wire
with an even knot (something besides
bunny ears or other low integrity)
so that the load will balance.
make sure that the cylinder holds
taught, the last thing you want
is for an end to snap, but know
that at some point it will. I
understand that the instructions
before this mislead, and I empathize
with your design, but consider
this advice with the next poem
you write. 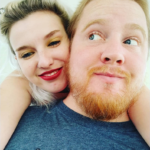 I hear you in the trunk
Rollback melon

Putting on quite a performance
At each traffic light and turn